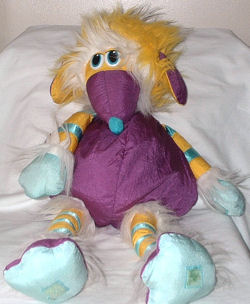 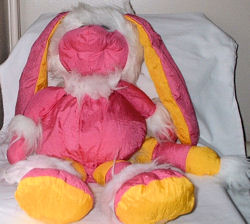 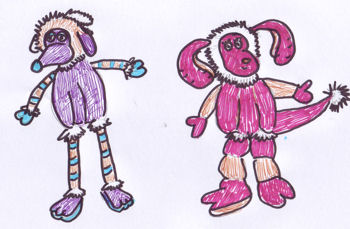 I am trying to locate a toy from the 80’s which we had one each – it’s my sister’s 30th birthday soon, and I wanted to get her one. I am sure they were called Woozies or Wurzoos or something like that (although I could be wrong).

They were made of Puffalump material. Hers was white and pink and yellow. It had 2 toes, floppy ears like a rabbit, and a tail like a dinosaur with white fluff on the end.

Mine was purple and yellow and turquoise. It had a face a lot like a Womble and stripy legs. Mine had no tail and 3 toes. They both have Velcro hands.

It’s driving me mad trying to remember what they were called!

If you can help Martin find these 80’s Puffalump Style Cartoon Like Animals, THIS SEARCH REQUEST IS NO LONGER ACTIVELY MANAGED. Please use Our FREE FACEBOOK GROUP, including POST CODE #091409-3 in the subject