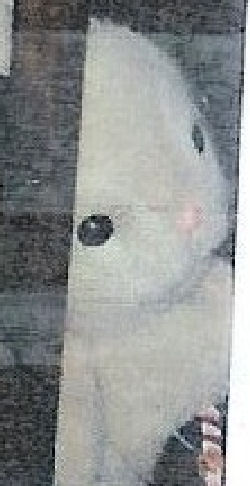 I’m looking for a light tan rabbit with semi realistic fur that was about 1.5 feet high by about 10 inches wide at the base. He sat up and had black eyes, a pink nose, and upright ears. I don’t know what the brand was, because the tag was off when I received it. It was bought about 20 years ago. The original had a slight lean to the right.

It was my F bunny. I named him that after the Earnest Saves Christmas TV show where near the end the F bunny and the E bunny pop out of the boxes. (I also had a blue rabbit that was named Blue bunny with blue eyes that sat up straight. And a gray E bunny that sat up also.)

F Bunny reminded me of my Grandpa, who died several years ago, since he gave it to me. I gave it away to the old Salvation Army store in Manassas, Virginia, because I wanted another child to enjoy him as much as I had. However now I regret that decision, because I want to be reminded of my Grandpa, since he always played with me when no one else would.

If you can help Christopher find this 90’s? Large Seated Cream or Tan Rabbit with a Pink Nose, THIS SEARCH REQUEST IS NO LONGER ACTIVELY MANAGED. Please use Our FREE FACEBOOK GROUP, including the POST CODE #18216,