Rex is still looking for this lamb. 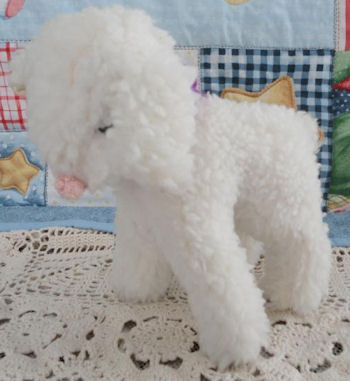 Rex says the lamb in this photo is something like his, but his had closer cropped hair and the eyes were glass buds. No tongue was visible and the legs were thin but stiff. The Lamb – who had no tag and went by Lammie as far as I was concerned – was a little white lamb with blue eyes and mine kind of twisted a little so the legs didn’t quite line up. The lamb would be from 1983-5, and had short, nappy, white hair.

Thanks to one of our Fabulous Finders we now have a photo of Winston and of Dooby, and the dogs have been found. 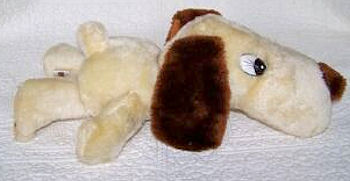 I am looking for two dogs and a lamb from my childhood. These were my favorite – not that we like to have favorites – friends growing up. The dogs were my mum’s before they were mine and would have been from the late 70’s.

When I was 17 my step-father threw them out by accident. The two dogs, Winston and Doobie, had tags that read as much, and they were off-white or beige and had heads that were as long as the rest of them. Doobie was the little one. Sorry, but I don’t think I have any photos. 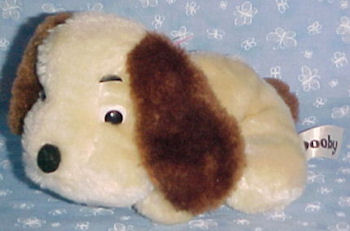 When I get sad I miss them very much to this day, and if someone could help me it would mean a tremendous amount to me to have my old friends around.

If you can help Rex find these 60’s RUSS? Long Head Beige Dogs named Winston and Doobie and his approximately 10″ tall Standing White Lamb with Blue Eyes, THIS SEARCH REQUEST IS NO LONGER ACTIVELY MANAGED. Please use Our FREE FACEBOOK GROUP, including POST CODE #013009-1 in the subject